And thus ends one of the more ignoble periods of British political history. Though looking at the forthcoming negotiations perhaps it is better to describe it as the beginning of the end. Or at least the end of the beginning. Hopefully. From the first stirrings of a referendum in Cameron’s 2013 Bloomberg speech to the official exit on 31stJanuary 2020, we have had a period of turmoil which has torn at the fraying fabric of most sectors of civic life in the UK.

No one has come out of it untarnished. The Conservatives nearly split, Labour has been decimated, the Liberal Democrats are still in the doldrums, UKIP (remember them?) is a dead donkey, the BBC is under heavy criticism for its alleged Bremain bias, the Supreme Court is now being threatened with an overhaul, the Union itself is edging further towards dissolution, trust in parliamentary democracy is at an all-time low whilst simultaneously political engagement is the highest in decades, and countless Britons in Europe and countless Europeans in Britain remain in a state of perpetual anxiety.

In terms of material causality, the hubris of the Cameron government in ignoring the well-established protocol for referenda in other countries is much to blame, as is the foolishness of the May government for activating Article 50 before a deal had even been formulated. But these were just the catalyst for releasing a political Pandora’s Box. This turmoil is a symptom of a deeper emerging condition afflicting most of the ‘West’ for several decades according to analysists like Roger Eatwell and Matthew Goodwin.1 In a similar way to the 70s and 80s seeing the end of the nationalist social democratic consensus and the rise of the internationalist liberal one in the 1990s, our nation has been caught up in a new sea-change.

We have yet to see how this will emerge over the 2020s. But such a tide has revealed the inherent self-contradictions (politely known as ‘coalitions’) within the wider political nexus. For Conservatives there has been a civil war within the mind of Edmund Burke, one between Conservativism as a primarily ‘localist’ movement which emphasises institutions such as the nation, market, and tradition, and another emphasising it as a ‘representative’ movement which lessens the risks of populism through an emphasis on mediating institutions. For Labour, the war has been between Old Left and New Left, the former emphasising class politics, the latter identity politics. For the Liberal Democrats, as witnessed by the unfortunate tale of Tim Farron, it has been a battle between procedural liberalism and programmatic liberalism, which has its roots in Adam Smith’s Classical Liberalism of tolerance and free trade, and John Dewey’s Progressive Liberalism of State intervention. Yet at the forefront of it all is the clash between two political systems: nationalism and internationalism.

Nationalism and Internationalism in Anglican History

This clash of ideas has a religious history, going back to the Bible itself. As the Israeli political theorist Yoram Hazony has noted, both the internationalist and nationalist systems argued for in the Referendum and ever since are Biblically rooted. In the Old Testament, in contrast to the Imperial orders surrounding ancient Israel, a new ‘national’ structure emerges in which tribes with a common language or religion bring a constitutional and political cohesion; one which is not interested in conquering other nations (see Deut. 2.4-6, 9, 19). Hazony writes:

The Bible thus puts a new political conception on the table: a state of a single nation that is united, self-governing, and uninterested in bringing its neighbours under its rule. This state is governed not by foreigners responsible to a ruler in a distant land but by kings and governors, priests and prophets drawn from the ranks of the nation itself – individuals who are, for just this reason, thought to be better able to stay in touch with the needs of their own people, their “brothers”, including the less fortunate among them.2

It was this political order which was rediscovered in the 16thCentury Reformation, where national self-determination without interference from foreign powers became central to the identity of the State. The Church of England as independent from the Church of Rome is a direct creation of such an idea. ‘The Bishop of Rome hath no jurisdiction in this Realm of England’ as the XXXVII Article puts it. Such an English sense of independence has a long history. Even in the twelfth century, the great jurist Henry de Bracton emphasised that the lawof the land appoints the King who enforces it. This is a view which would soon come into conflict with the Roman understanding of universal jurisdiction granting clergy protection from secular courts of justice. Such a conflict came to a head with the famed clash between Henry II and Thomas à Becket over whether a clergy charged with a crime is subject to international Canon Law or the more severe national jurisdiction of the King. And though the King ended this tragic event a penitent, barring the removal of two clauses to the proposed law, he got his way. By the time of Edward III, Pope Clement VI’s nominations to English livings were repudiated by the King himself, who took control over clerical appointments.3 The Reformation as a ‘nationalist’ emphasis on internal jurisdiction was thus the climax of a long legal history.

Yet such an ‘Old Testament’ nationalist order is not the only one envisioned by the Bible. The internationalist order of Rome (both the Holy Empire and the Church), in which a multitude of nations coexist in a system which transcends the self-determination of the nations which participate, is itself rooted in the New Testament. One need only think of the vision of national distinctives being subsumed in Christ without necessarily negating the national identity (Gal. 3.28) or the international conciliar model of government implemented in the Council of Jerusalem.

The Church of England has also always had such a tendency. From Wilfrid in the 8thCentury to Becket in the 12thand Lanfranc in between, there was a determined drive for conformity with Rome. Even during the Reformation, there was the hope during the reign of Edward VI that Canterbury could become the Reformed alternative to Rome. In the 18thCentury the effort of Archbishop Wake to bringing about a unity between the Church of England and a hoped-for independent Gallican Church, as well as the attempt to introduce episcopacy into German Lutheranism through Anglican consecrations, indicates a more internationalist model of thinking. The contemporary question of the extent of autonomy within the Anglican Communion peaking with the proposed Anglican Covenant demonstrate that it is not quite so simple to reduce our identity to a ‘nationalist’ or ‘internationalist’ model. Indeed, it should not be forgotten that for many in Islamic countries such as Turkey, the EU is seen as a ‘Christian’ organisation, its constitution often being a synthesis of conciliarism with ultramontanism.

In light of this complexity, one should be somewhat circumspect in glibly pronouncing either a nationalist of internationalist order as the ‘Christian’ one. One can still take sides as with all politics and make a good case either way, but such arguments are often re-articulations of very old conversations.4 In some ways Brexit has been a repetition of the conflicts within Christian political theology, albeit now undergirded through secular justifications.

The ‘Brexit Era’ has not done British politics proud. But then again, no period of political plate shifting is ever easy, and other than the odd flares of temper we British have so far handled such turmoil remarkably well.

After all, in March 2019 I found myself trying to explain Brexit to a group of Iraqi refugees in Germany a little while after they had told me of their horrific experiences at the hands of ISIS. The experience made the whole saga of Brexit feel a bit silly. It put things into perspective and reminded me that it is always the role of the Church to proclaim the sovereignty of Jesus Christ, the crucified, risen and ascended Lord, in all situations – Brexit included. This may seem a somewhat clichéd answer for those wanting a ‘relevant’ or at least a complex answer. But what else should the Church be doing?

As noted, the theological debate between nationalist and internationalist orders is still unsolved. Other than historical wisdom, there is little the Church can add. However, putting Brexit, and even the wider turmoil of the West, in its correct eschatological location not only soothes tensions, it also wards away from false idols created in the image of ‘nation’, ‘federation’ or ‘empire’. In the midst of jubilation from some and desolation in others, this remains the Church’s proclamation. Nations rise and nations fall, but the name of the Lord endures for ever. 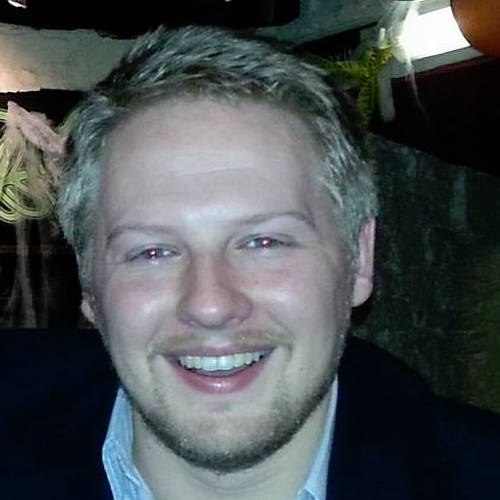 Joshua Penduck is the Rector of Newcastle-under-Lyme, St Giles with St Thomas, Butterton, in the Diocese of Lichfield. Prior to ordination he was a composer and has written music for the LSO, BCMG and Orkest de Ereprijs. He is married to Shelley, who is also an Anglican minister in Stoke-on-Trent.