In my last piece; ‘Why we need a God who does not suffer’, I laid out in brief the case for impassibility: the notion that God does not suffer, held in conjunction with the adjoining notion, immutability: that God does not change. Due to space I primarily laid out my case using the Old Testament. Some may be dissatisfied by my argument because I failed to address the New Testament. Indeed, it may well seem unfair that in my opening I singled out Jürgen Moltmann, as an example of the kind of ‘passible God’ theology I was arguing against when Moltmann’s central thesis rests on the incarnation. In this piece I will fill that gap. Historically speaking Moltmann is an outlier in his belief that the incarnation means decisively that God, in his divine nature, suffers. In this piece I will unpack how that is the case and why I believe that we can speak of God suffering in the incarnation as man without leaping to the conclusion that God as God is mutable or passible. Moreover, I will argue that the orthodox understanding of the two natures of Christ provides all the pastoral benefits of Moltmann’s proposal without the accompanying problems.

In seeking to put together all the pieces of the puzzle, in the early centuries Christians encountered the problem of how to fit the incarnation with the doctrines of impassibility and immutability. Through the Christological controversies of the early centuries a number of key ideas were formulated which act as guide rails as we seek to speak about the unique person of Christ.

The ‘Communication of Idioms’

One key idea, which played an important role in the Christological controversies leading up to the Council of Chalcedon, is the ‘Communication of Idioms’. When we speak about Jesus we are talking about one person. Though Christ has two natures, these are united in such a way that all predicates are rightly applied to the person and not to either nature. What this means is that we can also rightly attach a predicate that we might associate with one nature to the other nature. Thus we can rightly say ’God thirsts’ because thirst is properly predicated of the person not specifically the human nature.  But, this is not to improperly transfer a property of one nature to the other nature. Moreover, this does not amount to a denial of impassibility or immutability. What is meant by the phrase ‘God thirsts’, when it is used by Cyril of Alexandria and others, is ‘God the Logos as man thirsts’.[2] The whole purpose of using this manner of speaking is to emphasise the unity of the person of Christ and the reality that he is both fully God and fully man. One consequence of this is that it is entirely proper and possible to talk about ‘God suffering’ in relation to the incarnation whilst not therefore talking about God suffering in his divine nature.

The meaning of ‘became’

One clear biblical component of the discussions around the two natures of Christ is the meaning of the word ‘became’ as in John 1:14. This is not so much an exegetical question as a philosophical one. Precisely how did the Logos ‘become’ flesh? In these discussions the early Church took for granted God’s unchanging nature. Indeed, it was a consequence of this belief that led Arius to deny the full deity of the Son. For Arius if it is a given that God cannot change, then how could he take on human nature? In Arius’s understanding there is no way of incarnation taking place without a change in the nature of the Logos. Therefore, to Arius, the only mode of begetting open to God was creation; making the Logos an exalted creature.[3]

For the orthodox this was clearly not an option. Athanasius argued in response to Arius that ‘become’ neither means to “come into man” nor to “change into man”[4]. The first would be a form of adoptionism; the Logos entering into an existing human nature. The second would be to say that the Logos is no longer God for his divine nature has changed; a denial of true incarnation. The latter would also be to concur with Arius that incarnation must result in change in the nature of the Logos. For Cyril of Alexandria, and others building on Athanasius’s insights, for the Logos to become flesh is not a change but an addition. The Logos takes on another ‘mode of existence’; a human nature.[5] This requires no change to his divine nature and so is not a violation of immutability because the natures remain distinct within the one person of the Son. Thus, in summarising Cyril of Alexandria Weinandy says;

Cyril’s understanding of the incarnational act is a real Christological breakthrough. In seeing the incarnational act as the Logos hypostatically uniting to himself a human nature and thus coming to exist as a man allows him to maintain both the proper oneness and duality in Christ. Christ is one and the same person of the Logos existing in two different modes: as God and as man.[6]

As I alluded to in my earlier article, there are many in contemporary Theology who are not content with the idea that the Son suffers as man. As a consequence they would extend the Son’s suffering to his divine nature. Jürgen Moltmann argues, in The Crucified God, that in the death of Christ both Father and Son suffer bringing suffering into the heart of the Godhead.[7]  This leaves us in absolutely no doubt that God suffers as God. However, this position creates more problems, from the perspective of Christology, than it solves. For example, in the orthodox understanding represented by Cyril and others above, God can really empathise with us in our suffering because in Christ he suffered as man. His suffering was truly in solidarity with our suffering because he suffered in the same manner as us. However, to say that God suffers as God is to say that God suffers in a different way to us. For even the Logos suffering in his divine nature would require God as God suffering in man.  Far from increasing God’s empathy for our suffering this seems to sever the connection between God’s suffering in the incarnation and ours, because God does not truly suffer as man.[8]

The Paradox: The Impassible Suffers

In conclusion, it seems to me that the classical understanding of the incarnation, upholding immutability and impassibility, is both eminently defensible against its current detractors and offers us better pastoral answers. Those who hold to the orthodox formulation detailed above can both affirm on the one hand that God is impassible, and on the other hand that God the Logos truly suffered as man. This has sometimes been summed up in a paradoxical phrase drawn from Cyril of Alexandria ‘the impassible suffers’. [9] This way of thinking also provides us with a robust pastoral response because it gives us the solidarity in our suffering that advocates of ‘passible God’ theology ostensibly offer by locating suffering in the divine nature. God truly suffered in the same manner that we do as man. This gives us the ultimate ground for saying ‘God understands your suffering’ to those who suffer. However, this is not all we can say. We can also affirm that God is not crippled by suffering. God is therefore able to lift us out of our suffering and even accomplish his purposes in our suffering.  It is a remarkable paradox that in the incarnation ‘the impassible suffers’. 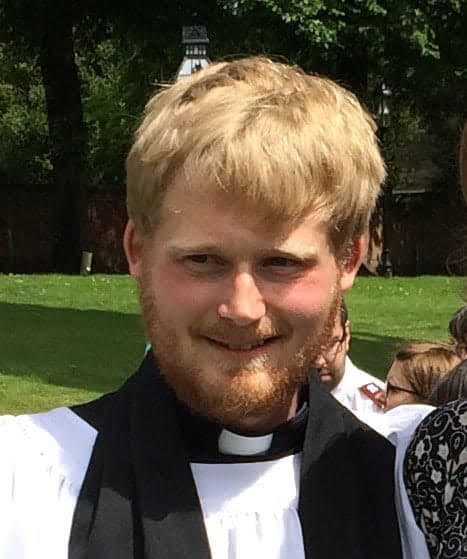 Jake Madin is a pioneer minister in Scarborough North Yorkshire, a post which he shares with his wife Hannah, as a part of the Diocese of York’s ‘Multiply’ scheme.