No one can have failed to notice the growth in inter-faith activity over recent years. Wherever there has been a terrorist outrage it is common to see a rabbi, a bishop and an imam together offering consolation and prayers. After the tragedy at Grenfell Tower members of the Jewish, Christian and Muslim faiths came together to offer help and support. Following the murder of Batley MP Jo Cox, the local vicar and imam and their two faith communities celebrate annually a Great Get Together weekend on her birthday. Every year in Leeds Christian students attend iftars at local mosques during Ramadan. This year thousands were able to attend them on-line.

Understanding Israel / Palestine
Over a number of years St George’s has organised pilgrimages to Israel and Palestine. These were primarily devotional in nature but, as anyone who has visited will testify, you simply cannot avoid the political dimension. I can still remember the horror which the first tour party felt as they went alongside the security wall or fence around Bethlehem; or the realisation that there must be another side to the story when they visited Yad Vashem, the holocaust museum in Jerusalem, the following day. On our return a group of us met over a three year period with members of the local Jewish community to discuss the religious and political aspects of the Israel and Palestine issue. We soon learnt that things were much more complex than we had originally thought. I remember Archbishop Justin Welby’s comment to a group of young Israelis and Palestinians when he made a similar visit. He said that people can visit Israel and Palestine and after a week or so say that they have understood what the “problem” is. Those who stay for longer, he continued, realise that the issue is multi-layered and complex: they come away in “ignorance,” not thinking that they know how to “solve” things. So, he said, he would leave knowing his ignorance.

At the end of our three year discussions two of our Jewish colleagues asked if we could take them to Palestine to talk with some Palestinian Christians. Two of us indicated that we would love to do so. The week was an amazing experience. We set up meetings and visits for our Jewish colleagues to meet Palestinian Christians and they set up meetings for us to meet both Christian and Jewish Israelis. One of the highlights was a meeting with Professor Sami Adwan, a Muslim from Bethlehem University who has a passion for education “about the other.” Together with a number of Israeli educators, he has campaigned tirelessly for Israeli students to be taught how Palestinians see things and for Palestinian students to understand an Israeli perspective. Our Jewish colleagues warmed to him and to his ideas. Another highlight was a conversation with a Palestinian tour guide. He told us that we should not see Mahmoud Abbas as “one of us:” he indicated that he and many Palestinians on the street believed that he was in the post for his own benefit and did not have a real heart for the Palestinian people.[2]

Standing Together against Violence in the Name of Faith
A few years later we saw the emergence of Islamic State. Some in the Jewish community challenged us: they had experienced persecution for years and had ways of addressing it. What were we doing as a church, they asked? They suggested that we shouldn’t simply sit and watch things happen. After some discussion we decided that we should try to engage more with the local Muslim community: we knew that, like us, they too were upset by what was going on in Iraq and Syria. What we found difficult to understand was how, if the Qur’an was seen to be God’s word to humanity, its “violent verses” could lead Muslims to any other conclusion than that they should be persecuting and killing Christians. An imam from the local mosque had been speaking out against Islamic State so we asked him to come and talk to us. He told us, firstly, that we should not refer to IS as “Islamic State” but as “so-called Islamic State,” because he believed that they were an abomination to the real faith and that they were hijacking Islam for their own purposes. He explained to us that the “violent verses” in the Qur’an were certainly violent but that they were preached at a particular time and place when Muslims were being attacked.  The verses were not meant as a template for all time: they were time conditioned, just as some of the verses in the Bible are. So now we had a second objective of inter-faith dialogue: to support a local Muslim community in their speaking out against a perversion of their own faith and against the persecution of Christians and others. As a result of our meeting with the imam St George’s hosted an inter-faith conference at which Jews, Christians and Muslims in the city came together to condemn violence in the name of faith.[3] These first two objectives are certainly not the usual ones for inter-faith activity but they were those that we “fell into.”

Enabling Student Faith Communities to Come out of their “Faith Bubble”
The local imam with whom we spoke suggested that we might like to consider getting a group of Jewish, Christian and Muslim students together. This we did. The students decided that they wanted to find a way of showing that being a member of a faith community was a very positive thing and that our faiths could sometimes work together. This led, first, to the establishment of the Faiths Together Facebook page and, secondly, to a series of tri-faith assemblies in two local schools.[4] After each of the assemblies we visited a local coffee shop together. Over a cappuccino one of the Jewish students said that she felt that her fellow Jewish students lived in a “faith bubble.” This led a little while later to a number of families from St George’s inviting groups of Jewish, Christian and Muslim students to their homes for meals. The families involved found the students to be very lively with students returning home anytime up to midnight! Conversations ranged widely in the secular and religious orbits. We have now held three of these meals but COVID 19 has currently put a stop to further plans.

This, then, had helped us to achieve a third aim of inter-faith activity: enabling students of different faiths to meet, eat and talk together; or, what we might call helping students to burst out of their faith bubble. In arranging the meals I was conscious of the former Chief Rabbi, Jonathan Sacks’ book, The Home We Build Together.[5] His central thesis is that Britain has followed a multicultural model which welcomes all faiths and cultures but which ensures that they do not mix well. In the words of our Jewish student, each community remains in its own bubble. Sacks argues that what the different sectors of society need to do is to come together to build a common future. If we transfer Sacks’ argument to the realm of faith communities it means that, rather than each individual faith community keeping itself to itself, we need instead to continue to work in the way that we do but also to reach out to one another and to sometimes work together. So churches need to form relationships with, for example, the local mosque or synagogue; those relationships may then sometimes lead to two or more different faith communities working together for the benefit of the local community. For us at St George’s, this means we are able to fulfil one of the church’s objectives -- serving the city.

Dialogue
I have chosen to use the term “inter-faith activities” rather than “inter-faith dialogue.” What we have done so far at St George’s with our Jewish and Muslim colleagues are activities: we have not set out to have a religious dialogue as such although there has been dialogue between us as we have gone along. Dialogue itself, then, might be a fourth aim of inter-faith activity and will involve both sides respectfully listening to one another’s beliefs and sharing information about religious practices. Like the activities outlined above, one of the important facets of inter-faith dialogue will be the cultivation of friendships: without friendships any inter-faith activity will be cold and lifeless. Where faith communities undertake inter-faith dialogue they may come to see that the differences between their faiths might be less than originally thought. Two recent publications, for example, point out that Islam is much more accommodating of Christianity than is popularly assumed.[6] Both point to the fact that in what Muslims believe to be the last chapter of the Qur’an revealed to Muhammad there are positive verses concerning Christians: “Surely, the believers [ie the Muslims], the Jews, the Sabians and the Christians whoever believes in Allah and the Last Day and does good deeds shall all have nothing to fear and they shall not grieve” (5: 69). And “you shall find the closest in affection to the believers [ie Muslims] those who say: ‘We are Christians.’ For among them are priests and monks, and they are not arrogant” (5: 82).

[2] For details of the discussions and the visit  cf David G Kibble and Mike Fligg, “Jews and Christians from Leeds Discuss the Israel / Palestine Issue and Visit Israel and Palestine Together,” Theology, 120 (1), 2017, 18-26 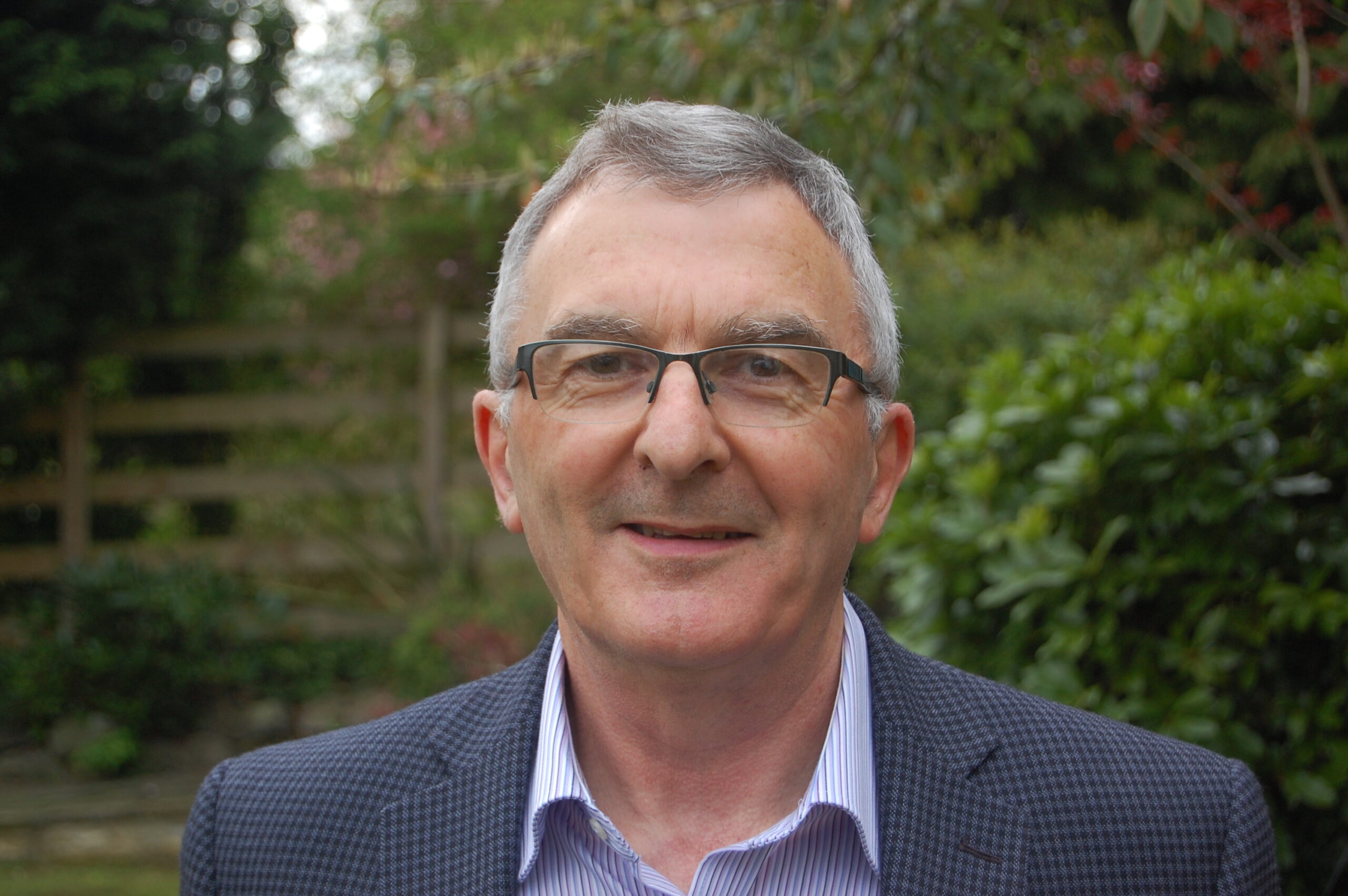